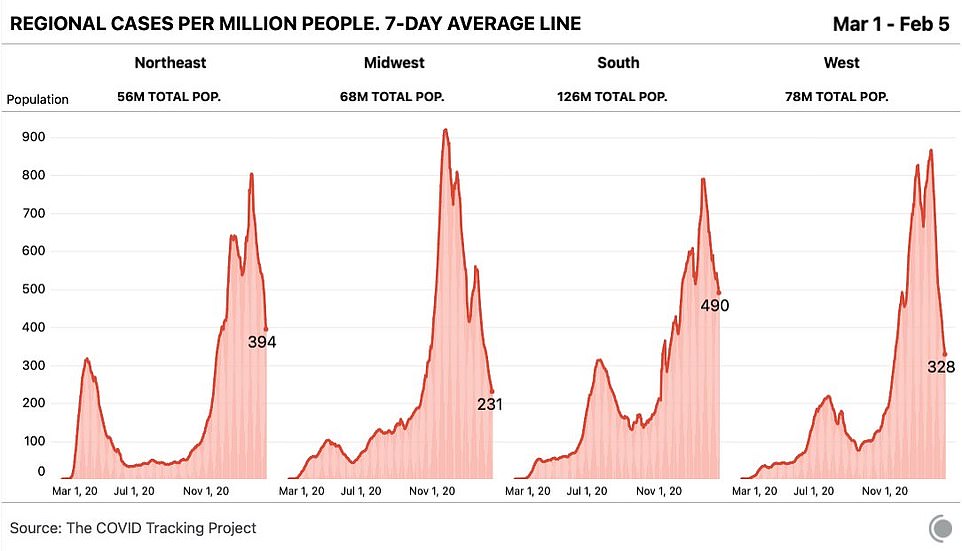 Is this a “natural phenomenon”?

It looks like there are a lot of “man made” factors here. The so called “INFODEMIC”, the Informational aspects of the Covid-19 Pandemic appear to be quite significant in attempts at understanding of these phenomena.

It’s too soon for vaccines to be a significant driver of the downturn; just 8.7 percent of the US population has had one or more shots, according to Bloomberg data, and the US is nowhere near herd immunity yet.

And while CDC director Dr Rochelle Walensky called this week’s encouraging downward trend in cases ‘consistent,’ Dr Shaffner echoed her warnings that the trend could be reversed by the arrival of variants and potential super-spreader events, like Super Bowl Sunday.

Already, there are at least 645 cases of the UK’s ‘super-covid’ variant in 33 states, at least five cases of the South African variant and two of the Brazilian variants in the US, in addition to several homegrown variants.”

Cases of COVID-19 are continuing to drop across the United States with all four regions reporting a decline in new daily infections.

In the Midwest, the seven-day average for new daily cases per capita has now dropped to a quarter of what it was during the region’s peak in late November.

Nationwide, there were 131,146 new cases reported on Friday and 86,373 Americans were hospitalized with the virus.

This was the second day in a row that the number hospitalized remained below 90,000, according to data from the COVID Tracking Project. This was the first time it had dropped below this threshold since late November.

According to the Tracking Project, there were 3,543 new fatalities from coronavirus in the U.S. reported on Friday.

It came after America recorded its deadliest day of the pandemic yet on Thursday, with a staggering 5,077 fatalities in 24 hours, that is believed to have been a result of a surge of infections after the holiday period.

The national death toll now stands at 459,360 and more than 26.8million have been infected with the virus.

Cases of COVID-19 are continuing to drop with all four regions reporting a decline in new daily infections. The seven-day average for new daily cases per capita in Midwest dropped to a quarter of the region’s peak in late November, pictured 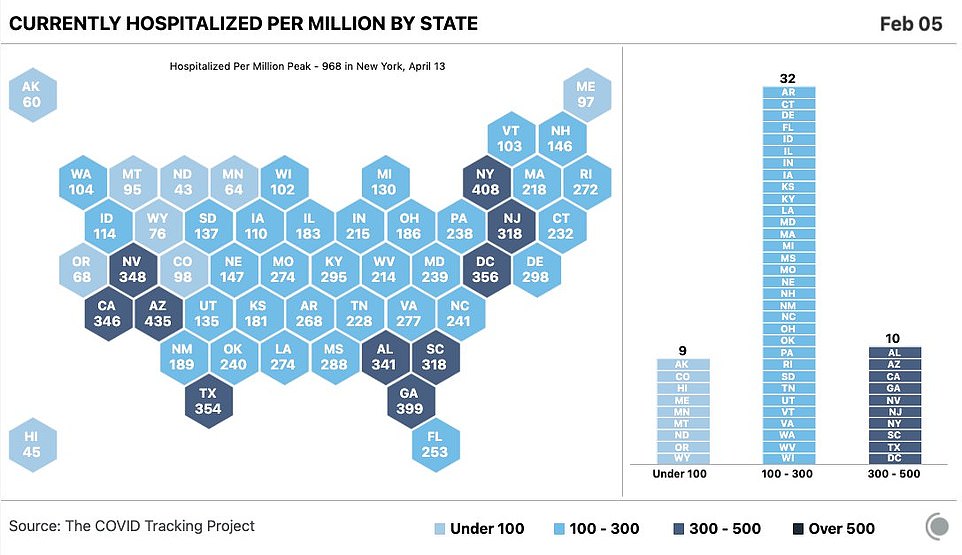 As new case numbers fall in all parts of the country, so do hospitalizations with only two states – New York and Arizona – reporting more than 400 people hospitalized with COVID-19 per million residents, as pictured above 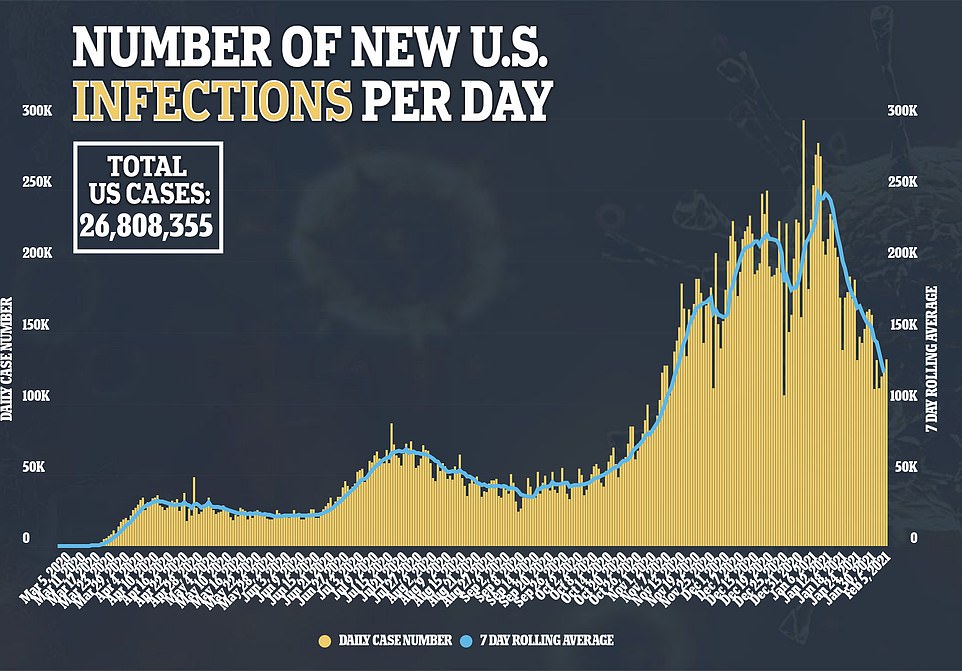