Listen to this article
More Than A Month Later, It’s Still January 6 on Capitol Hill : NPR
posted at 12:03:55 UTC by mikenova via Michael Novakhov – SharedNewsLinks℠ – michaelnovakhov-sharednewslinks.com 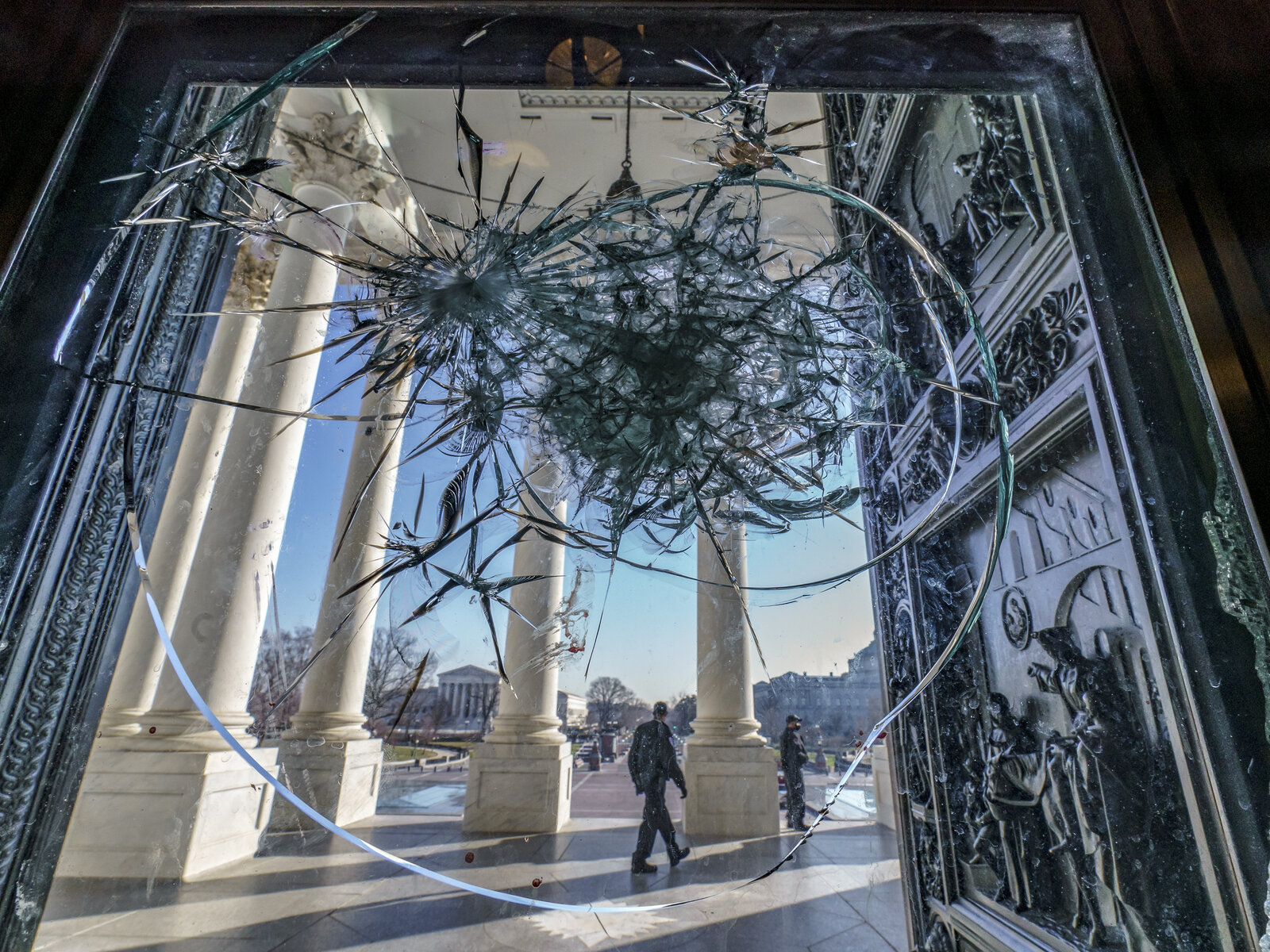 A month has passed since the shocking invasion of the U.S. Capitol by rioters bent on blocking the official recognition of the presidential election results, but the aftershocks have not stopped.

More than 200 people have now been charged with various crimes, ranging from illegal trespassing to attacks on police officers to conspiracies to kidnap members of Congress. Federal authorities have opened investigations into about 200 other individuals who have yet to be charged.

Among the first to face a trial for their actions on January 6 is the former president of the United States, Donald Trump. Unlike the others, he will not appear in federal court. But as a (twice) impeached federal official, he will face a jury of 100 senators who have been asked to deliberate on his case (for the second time in year). The trial is scheduled to begin this coming week.

Offered a chance to testify under oath and defend the statements he has made in regard to January 6, Trump via his latest set of lawyers has declined. He is not expected to attend when his Senate trial begins. But in the (still) unlikely event of conviction, he could be barred from federal office for life. 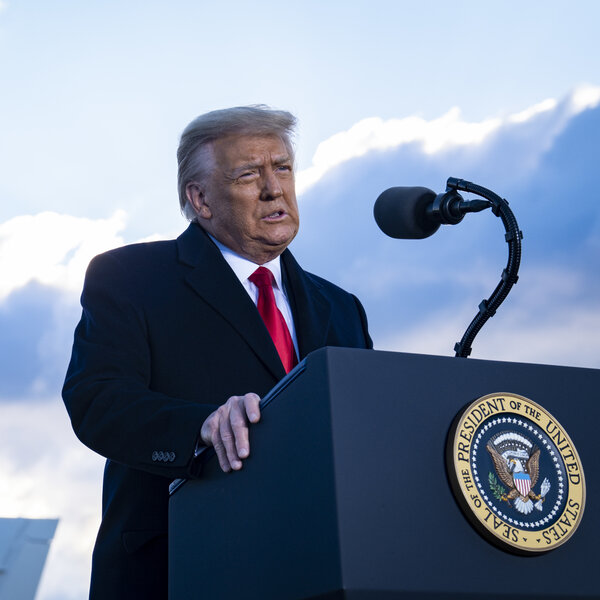 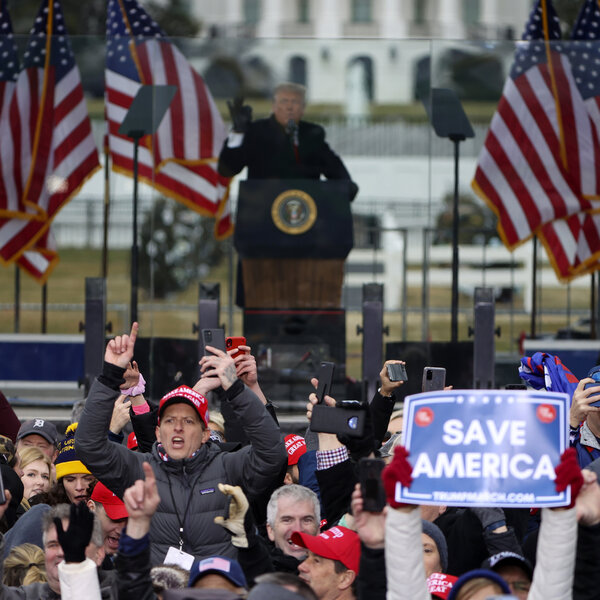 This past week we also saw the House convulsed with not one, but two highly unusual spectacles of intraparty tension. House Republicans were asked to decide whether their third-ranking leader, Rep. Liz Cheney of Wyoming, should be driven from her position because she voted last month to impeach former President Trump.

House Republicans were also asked to defend the newly-elected Rep. Marjorie Taylor Greene of Georgia and her incendiary online remarks and embrace of baseless conspiracy theories. Should she be allowed on the Budget and Education and Labor committees after questioning the authenticity of student massacres at Sandy Hook Elementary and Parkland? What to do with an outspoken freshman whose penchant for conspiracy theories had been denounced as “looney lies” by no less a partisan than Senate Republican Leader Mitch McConnell? 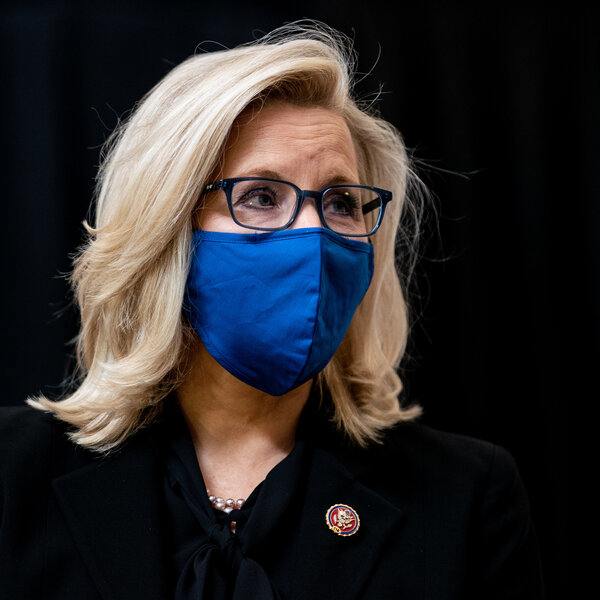 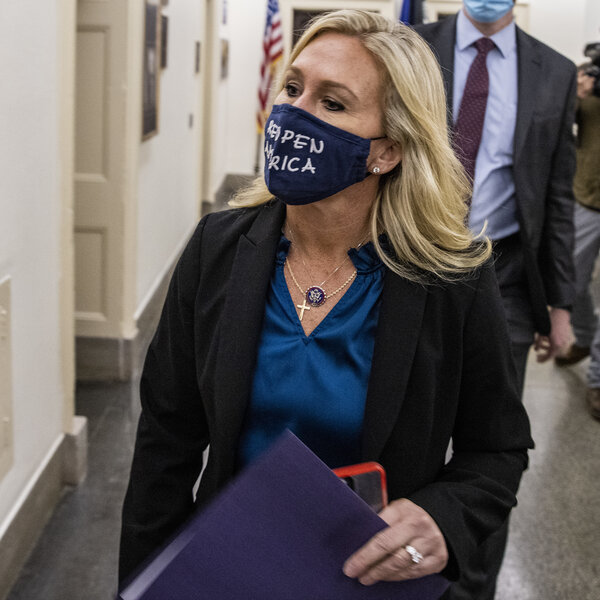 In the end, the vote on Cheney was taken by secret ballot, allowing members to express their feelings with less fear of reprisal. She won the backing of more than two-thirds of her colleagues. Greene lost her committee seats based on the en bloc vote of the Democratic majority, but she was supported by all but 11 of her Republican colleagues.

Greene had sought to make amends with a concession or two. For example, she allowed that the attacks of Sept. 11 had “happened.” In the past she has said there was no evidence of an airplane striking the Pentagon that day, when 184 people in the building and on the plane lost their lives.

The Role of Violent Rhetoric

Much of the critique of Greene’s social media record has focused on her penchant for violent rhetoric directed at Democrats in Congress — including her approval of a Facebook comment saying a quicker way to remove Speaker Nancy Pelosi (D-Calif.) would be a “bullet to the head.”

In his closing speech on the House floor the night of the vote, House Majority Leader Steny Hoyer (D-Md.) stood beside a poster-sized enlargement of a Facebook post from Greene, then a candidate for Congress. It showed her wielding a military-style automatic weapon and sunglasses, facing off against unflattering depictions of three Democratic members of the House: Alexandria Ocasio-Cortez of New York, Ilhan Omar of Minnesota and Michigan’s Rashida Tlaib, three members of the “Squad” known for their outspoken opposition to Trump.

Hoyer walked the graphic around to the Republican side of the floor, holding it up and asking members how they would feel about a colleague threatening them in such a manner.

Life on the Hill

Meanwhile, an ominous iron fence crowned with concertina wire girds the Capitol grounds and adjacent acreage of the National Mall. It is called a security fence, but it communicates the opposite.

We are far from secure if we need this. And yet, in the wake of January 6, we as a nation have had to admit we do need this.

And no one is prepared to say for how long.

This week, we watched Congress at work inside this military-style perimeter, guarded by National Guard troops who have not left since Inauguration Day. We got a sense of how January 6 still casts a shadow over the building and the institution, as it was either the subject or the subtext of every political conversation. 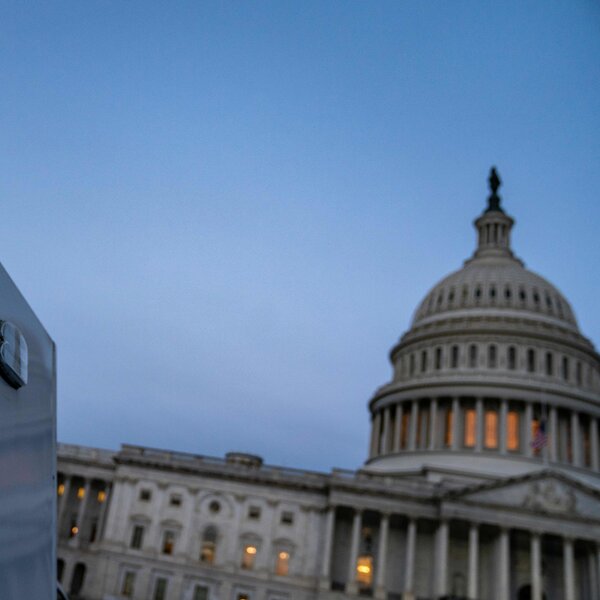 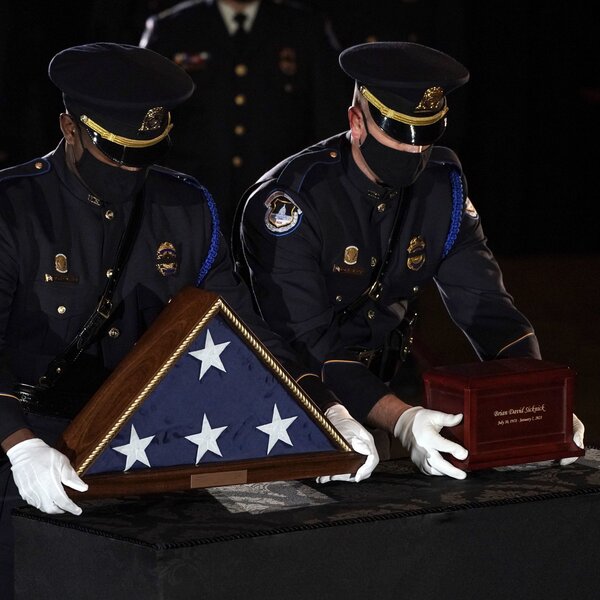 The pressing issues regarding Reps. Cheney and Greene within the ranks of the House GOP were symptomatic of the deeper question Americans have been asking in one form or another since January 6. What has happened to us?

The question suggests a suspicion that somehow some transformation has overtaken us, distorting our politics and our national consciousness.

The Presence of the Past

History is not a relic, sealed in a case to be regarded as irrelevant. History is a palpable, continuous reality, an appreciation of what it took for the present to come about. As William Faulkner famously said: “The past is never dead. It’s not even past.”

So it was particularly poignant in recent days to hear Yale professor Joanne Freeman speak of her 2018 book The Field of Blood: Violence in Congress and the Road to Civil War at a late January session of the U.S. Capitol Historical Society. She had been asked to put the events of January 6 in context.

“Was this unprecedented?” she asked rhetorically. “Aspects of it were.”

She then cited “the direct involvement of the president” and, of course, “the physical attack on the Capitol itself.”

Indeed they do. Freeman’s point was that the violence we witnessed last month was not without a predicate and not without a purpose. That predicate may seem distant to most people today as it reaches back to the Civil War and further yet to the slavery era that began in some of the original 17th century American colonies.

In antebellum America, slavery was defended in every manner possible, Freeman notes, including the use and the threat of violence. Her book documents more than 70 incidents of violence that took place in and around the Capitol building in the three decades prior to the 1860 election of Abraham Lincoln.

The most famous is the caning of Senator Charles Sumner by Rep. Preston Brooks of South Carolina, who beat the abolitionist from Massachusetts senseless on the Senate floor in 1856.

But members often engaged in less notable confrontations that on occasion resulted in blows, challenges and threats of further retribution. Freeman documents dozens of cases of “people pulling guns and knives on each other, people punching each other, mass brawls, all kinds of real physical violence — in addition to lots and lots of threats.”

Freeman also concludes that this atmosphere of combativeness was decidedly one-sided, a tactic pursued by those who perceived their own positions in jeopardy as the nation lurched toward a reckoning over slavery.

“Most of that violence,” Feeeman said, “was inflicted by Southern slave-holding congressmen who pretty much used threats and physical violence to intimidate Northerners — and anyone else who was going to try and attack their slave regime — into silence or submission.”

And was this merely an expression of the rough-hewn, frontier-flavored behavior of Americans in the years before the Civil War? No, Freeman argues, it was an instrument for the defense of privilege and political power.

“So we have to think about that very fact — that what we are seeing is people truly feeling entitled to power being willing to take whatever it takes to keep it.”

As we have recently seen, that willingness survives and thrives in some quarters today — surely an example of past that is not even past. 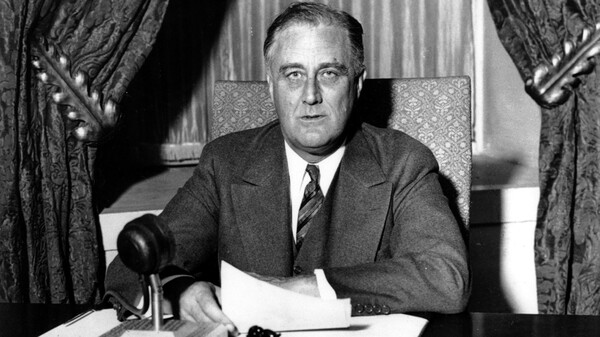 Biden’s first address was a conversation with a woman who lost her job during the pandemic. The White House says Biden will use a “variety of forms” in his take on the weekly radio address.