The Arts Of Hybrid Wars 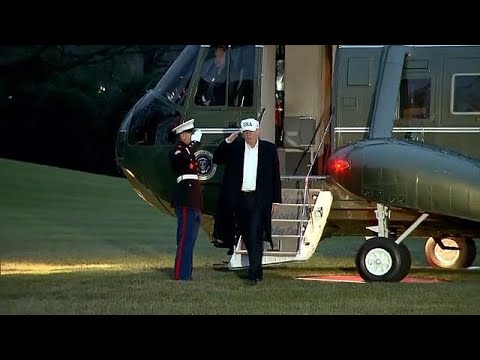 NYT – Bret Stephens: “There’s no need to obsess about electoral collusion when the real issue is moral capitulation.”

To the list of Bret Stephen’s “explanations” of “Russia scandal” I would add one more, maybe the main one, and maybe the most troubling one: the suspicion of Trump’s personal financial interest in his pro-Russian policies and stances. In other words and in plainer English, that he was bought by Russia in some ways or fashion, as the contemporary Russian habit is in dealing with their problems: to bribe or to kill. Here they appear to do both, with the killing of the “moral” kind: undermining the trust in the American democratic values and institutions, killing America “softly”. Very much in line with the modern trends of the Psycho-Geo-Politics.
Such a comfy, cuddly, furry, (Panda cum Russian Bear, “Happy Family”, hybrid-like), Obamanite – Russian – Chinese – Putinesque – Merkelized geo-“softness”, which in plain language is called “hypocrisy”, and in most recent terms, the arts of the “hybrid wars”, and more exactly, the intelligence wars, which Putin made his main occupation and preoccupation.
It also reminds me again the prediction made in 2011 by Ariel Cohen and Donald Jensen about  the Russian “moral black hole” and the dangers of contamination from it:
“A Moral Black Hole.
The roots of the Russian elite’s discontent lie in imperial nostalgia, phantom pains of autocracy, and questionable morality. The end of communism resulted in a moral black hole—a deep spiritual and identity crisis among the elites. Corruption, alcoholism, and blurred lines between organized crime and authority reflect general alienation, recklessness, and fatalism.
Nations fail, St. Augustine argued, because peoples fail. A healthy society can correct a deficient state, but even the best-designed states will founder if they are based upon a deficient civil society.
This degradation bears directly on Russia’s conduct of its foreign policy. Those who keep calling for an engagement that will eventually transform Russia cannot see that it is the West, not Russia, that is being transformed by this contact.”
And now Bret Stephens says that the West, and America specifically, “morally capitulated”.
Is this the truth or just the journalistic hyperbole, exaggeration, or warning?
I do not know, at what stage this infection is, but it certainly is the ongoing process. How to deal with it, is another complex matter.
I do not think that The West (Culture, the way of life, modes of governing, etc.) “morally capitulated” (yet), but it is obvious that this rather entertaining subject did become an issue and the issue, in its various interpretations, and Stephen’s article is just one of these proposed interpretations.
“In many ways, we vacated a lot of competitive space in recent years and created opportunities for these revisionist powers,” McMaster said, referring to China and Russia, according to this recent report.

See the article: New US Security Strategy To Focus On Countering China, Russia – RadioFreeEurope/RadioLiberty
Essentially, I see this conflict as The West (Liberal Democracies) vs. World Organised  Crime in alliance with leftist, “centrist” and rightist geo-political opportunists and their intelligence services of all the various and convenient stripes. Some of them have been already named above. And as such, if this conflict is formulated here by me correctly, it is of the prime and overwhelming concern and the interest to the FBI.
Michael Novakhov
12.18.17
Links