Audio – George Blake | HistoryofSpies.com – Your Resource for Espionage on the Web

Born Georg Behar in 1922 in Rotterdam, Holland. Son of wealthy parents who provided him with a private school education. After his father died in 1936, Georg was sent to an exclusive school at his father’s earlier behest. He was cared for by his aunt and lived with her family (her husband and son). Learned English at his new school.

Georg’s cousin Henri Curiel, Jr. eventually founded the Communist Party in Egypt and helped influence Georg’s movement towards communism. Georg returned to Rotterdam in 1938 attending high school until Nazi occupation of the Netherlands sent much of his family fleeing to England. Georg, who was half-Jewish, fought the occupation as part of the Dutch underground movement. After being captured, he escaped from an internment camp in which he was placed, a harbinger of things to come. Fled to England, by way of France and Spain.

Joined the British Royal Navy under the name George Blake, entering the Special Operations Executive unit. Where he served as an interpreter and translated German documents. Following the war, enrolled in Cambridge University, where he studied Russian.

After finishing college, joined the British Foreign Office and was assigned to the British Embassy in South Korea. Was captured by Communist troops when the Korean War broke out and was interned for three years and subjected to frequent brainwashing sessions, Escaped the internment camp but was quickly recaptured. Was about to be executed as a spy when he shouted aloud in Russian that he was not a spy. One of the guards understood Russian and had a discussion with him about Communism. Was returned to the camp and released soon after.

Upon his release, received a transfer to MI6 in order to work as a secret agent. Despite a standing rule that only citizens of British parentage were eligible for acceptance into MI6, Rotterdam born Blake was accepted anyway.

After being exposed in 1961 by a Polish defector, Blake was arrested by SIS agents. After thorough questioning, Blake provided a full confession and was subsequently charged with violating the Official Secrets Act. British agents were horrified to discover that Blake was one of the most damaging spies in Britain’s history and he was quickly convicted and sentenced to 42 years in Wormwood Scrubs Prison.

Escaped from Wormwood in 1966, breaking out of his cell window and then climbing a makeshift ladder supplied by a former prison colleague, Sean Bourke, who then drove Blake to safety. Making his way through East Germany, he eventually would up in Moscow where he would meet with fellow spies Gordon Lonsdale, Kim Philby and Donald MacLean. 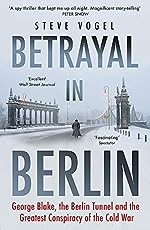 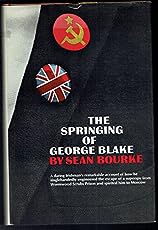 Video On Demand: Rent or Buy