The President is spending day after day in his White House bunker, entertaining crackpot theories about imposing martial law, seizing voting machines and staging an intervention in Congress on January 6 to steal the election from Biden.

Surrounded by the last dead-end loyalists, Trump is flinging lies and political venom like King Lear in a crumbling Twitter kingdom, alarming some staffers about what he will do next.

On Monday, he huddled with a cabal of Republican lawmakers who plan to challenge the election on baseless claims of fraud at a special session of Congress to ratify the results on January 6.

Trump can further damage the United States in the coming days in two ways — by aggressive design and by his passive neglect of his sworn obligations to lead.

His attempts to crush American democratic traditions by claiming a landslide victory in an election that he lost and that was not especially close fits into the first category. The President’s behavior has sown huge mistrust of the fundamental underpinning of the US political system — fair elections — among millions of his voters and threatens to compromise the legitimacy of Biden’s White House.

CNN’s Barbara Starr reported Tuesday that there is concern among executive office staff and the military’s leadership that Trump could use his power as President and commander in chief in dangerous ways in the last days of his term. “We don’t know what he might do,” one officer in the Pentagon said. Another added: “We are in strange times.”

Trump’s indifference to multiple crises stirred by his rule make up the second category of his political vandalism. This includes his apathy about a raging pandemic that has infected 18 million Americans and killed nearly 320,000 as an aching nation marks its darkest holiday season in generations.

There is no substitute in the US governing system for the engagement of a President during a massive national enterprise. But there is also no sign that Trump cares to offer leadership to ensure the success of the mammoth vaccination program that holds hope of eventually ending the pandemic. This after his denial of the virulence of Covid-19 undoubtably worsened the death toll.

Trump is also running interference for Russia, prioritizing the interests of an adversary over America’s after a massive cyberattack blamed on the Kremlin.

These infractions add up to the dereliction of presidential duty on a grand scale. It is impossible to imagine any other president of the modern era behaving in such a way or for either of the political parties to tolerate his abuse of power. Former President George W. Bush’s neglect during Hurricane Katrina in 2005 seems tame by comparison.

The current President’s anti-democratic behavior since the election is validating the fears of critics — and more than 80 million Biden voters — who worried about his unchained behavior in a second term. Like many fading strongmen leaders, his antics are becoming more unhinged as the prospect of losing power becomes tangible. 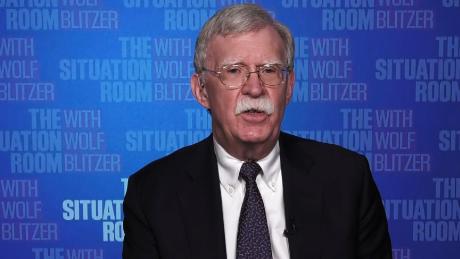 Even Trump’s White House staff is concerned about what happens next, at a time when Washington is already braced for a flurry of politically self-serving or legally dubious presidential pardons in the coming weeks.

“No one is sure where this is heading,” one official told CNN’s White House team on Monday in a disturbing behind-the-scenes glimpse at the mayhem unfolding in the West Wing. “He’s still President for another month.”

The madcap schemes of some of Trump’s acolytes — such as retired Gen. Michael Flynn’s mooted plan to send troops to battleground states to redo elections that the President lost — have no chance of playing out. Even if Trump’s renegades had the competence to mount such a threat, the courts have shown zero tolerance for the President’s autocratic attempts to destroy US democracy. It is unthinkable the military would deploy to reverse a popular vote on US soil.

Trump’s extremism is also unfolding in the context of a landmark election after which the safety valves of the courts, the electoral safeguards in the states — and eventually on parts of Capitol Hill — stood firm in defense of democracy.

But the fact that a defeated President is even hearing theories about imposing martial law in the Oval Office is unfathomable in the world’s oldest, most influential democracy.

Were it not for the outrageous assaults on the rule of law over the last four years and the evidence of a presidency tethered to the erratic personality of Trump, it would not be at all believable.

“The rest of the world is watching all this. It is just making people wonder. What is going on in America?” an incredulous John Kasich, the Republican former governor of Ohio, said on CNN’s “The Situation Room” on Monday.

Trump’s loss of composure is grave enough from a domestic point of view. But it sends a signal to US adversaries of a vacuum of leadership. His bizarre refusal to endorse his government’s assessment that Russia is behind the cyberattack suggests there is a 30-day window of impunity for enemies dedicated to tarnishing US national interests. The thought of an agitated, emotional President faced with any sudden foreign policy crisis is not a reassuring one.

Barr breaks with the President

The extreme nature of Trump’s final days meltdown is best encapsulated by the fact that Attorney General William Barr, who had accommodated many of the President’s political assaults on the spirit of the law,

has comprehensively broken with Trump

as he prepares to leave office before Christmas.

Barr said Monday that he saw no need to appoint a special counsel to probe baseless claims of electoral fraud. He drew a similar conclusion about Trump’s demands for an investigation into Biden’s son Hunter, who is already the subject of a criminal probe into his business dealings. In his farewell news conference on Monday, Barr said he saw no reason for the federal government to seize voting machines, a step advocated by Trump’s lawyer Rudy Giuliani. And he said the massive cyber breach of the US government “certainly appears to be the Russians.”

Although Trump’s most fervent loyalists have turned against him for his political apostasy toward the President, Barr remains a credible figure among many Senate Republicans and his comments will have strengthened Senate Majority Leader Mitch McConnell’s effort to stop any of his caucus seeking to mount a futile challenge to the election during a joint session of Congress to ratify the election result on January 6.

But Barr will be gone in a few days, potentially allowing the President to lean on Deputy Attorney General Jeffrey Rosen, who faces a tense few weeks leading the Justice Department before Biden’s inauguration. Should he refuse to bend to the President’s will, it is not impossible that Trump could fire him and seek a willing accomplice for his assaults on the rule of law — emulating President Richard Nixon in the so-called “Saturday Night Massacre” in 1973.

In an ominous sign for the days ahead, Trump told young conservative voters in Georgia over the phone Monday that “we won this in a landslide” and said he needed “backing from … the Justice Department, and other people finally have to step up.”

Plotting a stunt in Congress

Trump’s meeting with Republican lawmakers on Monday was the latest troubling sign that he is prepared to tear down the integrity of the US electoral system on the way out of the Oval Office door.

The group is preparing to “fight back against mounting evidence of voter fraud. Stay tuned,” White House chief of staff Mark Meadows tweeted, giving fresh life to falsehoods comprehensively debunked by the Supreme Court, multiple judges and Republican state election officials ever since the election.

The effort will not succeed in invalidating Biden’s election since Democrats control the House of Representatives and there is no sign that a majority of Republicans in the Senate — most of whom are now acknowledging that Biden is President-elect — will play along. But the pro-Trump lawmakers can stage a stunt that would make a mockery of democracy and further sow distrust of America’s political system among the President’s fervent supporters — a scenario that could cause years of damage.

Fringe figures around Trump besides Giuliani and Flynn include Sidney Powell, the lawyer who only just a few weeks ago was ousted from his legal team over her bizarre claims of a massive international plot involving the late Venezuelan dictator Hugo Chavez, China, Democrats and the Clintons to steal the election.

Trump has floated an idea of embedding Powell as a special counsel inside the White House Counsel’s Office to investigate claims of voter fraud. The current counsel’s office has pushed hard against the idea, sources told CNN.

“There’s a high level of concern with anything involving Sidney Powell,” one source close to the President told CNN’s White House team.

“I think we are seeing just how desperate Trump is becoming himself. And how desperate the last remaining rats on the ship, if you will, are becoming because of that,” Lawrence Wilkerson, a former top aide to ex-Secretary of State Colin Powell, said Monday on CNN’s “OutFront.”