Israeli startup CanBreed said it has used gene editing technology to alter a gene in the cannabis plant to make the plant resistant to powdery mildew, a fungus that can be deadly for the plant.

CanBreed said that to the best of its knowledge, this is the first time a commercial company has managed to perform genome editing on a cannabis plant. The editing was done using CRISPR-Cas9 gene editing technology.

“It is very hard” to use the CRISPR technology on the cannabis plant, said Ido Margalit, CanBreed’s CEO, in a phone interview. Through the use of the technology, the startup’s R&D team, composed of geneticists, molecular biologists and agronomists, edited a gene that expresses a protein responsible for creating sensitivity to powdery mildew infection, he said.

By editing the gene, the protein is not expressed, he explained, potentially resulting in a powdery mildew-resistant plant. Now the startup has to prove that these gene-edited plants are in fact resistant to the fungus, he said, and will do so working together with scientists at the Hebrew University of Jerusalem. 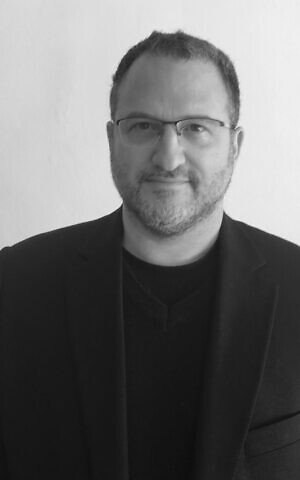 The company aims to create and then sell cannabis seeds that have the powdery mildew resistance trait, and hopefully use the same technology to edit additional genes to enhance other traits in the plant.

“By the end of 2021 we hope to have the first powdery mildew-resistant cannabis seeds for commercial sale,” Margalit said, adding that the firm’s “extraordinary achievement” could “change the face of cannabis cultivation in Israel and around the world,” by helping cultivators develop uniform and more resistant cannabis plants, paving the way to the “standardization of the industry.”

The company has patented the gene the confers the resistance to powdery mildew and has applied for “many other patents that confer important agronomical traits in cannabis,” he said.

CanBreed hopes that its cannabis seeds will allow growers to cultivate uniform plants in an efficient and repetitive manner, thus enabling cannabis cultivation practices that compare with those of other commodity crops such as tomatoes and wheat. Since cannabis is a medical plant, standardization and uniformity are required, and that can be attained by growing cannabis from stable seeds.

Powdery mildew is a fungus that attacks a wide range of plants, and without proper treatment it can kill the plant, reducing important crop yields. Infected plants display white powdery spots on the leaves and stems. Because cannabis is used for medical purposes, cultivators are not allowed to use fungicides, Margalit explained.

The firm said in August said that it had reached a licensing agreement to use CRISPR-Cas9 gene editing technology from Corteva Agriscience and the Broad Institute of MIT and Harvard, which hold the rights to the technology.

CanBreed, based in Givat Chen, Israel, was founded in 2017 by Margalit and Tal Sherman.

Margalit is an agronomist with an MSc in the Management of Technology from the Polytechnic Institute of NYU. He has over 20 years of experience in the Israeli life science industry, and is a former business development manager at Syngenta Seeds. His co-founder Sherman is a plant scientist with MSc and PhD degrees in Plant Science from Tel Aviv University in Israel. Sherman is an expert in molecular biology and plant physiology, and has extensive R&D and plant-breeding management experience as the Stress Project Manager at Syngenta Seeds.

You’re serious. We appreciate that!

We’re really pleased that you’ve read X Times of Israel articles in the past month.

That’s why we come to work every day – to provide discerning readers like you with must-read coverage of Israel and the Jewish world.

So now we have a request. Unlike other news outlets, we haven’t put up a paywall. But as the journalism we do is costly, we invite readers for whom The Times of Israel has become important to help support our work by joining The Times of Israel Community.

For as little as $6 a month you can help support our quality journalism while enjoying The Times of Israel AD-FREE, as well as accessing exclusive content available only to Times of Israel Community members.