Skip to the content
Share The News
The (Urgent) Prescription for: The Puerto Rico Drug Problems and Puerto Rico Drug epidemic: Legalize drugs and treat the addictions as medical, not legal problems – By Michael Novakhov  – 3.14.18 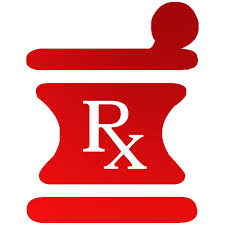 Legalize drugs and treat the addictions as medical, not legal problems.

The (Urgent) Prescription for: The Puerto Rico Drug Problems

During the last two weeks or longer, the US and Colombian agents broke up the large drug ring, according to the reports by the VOA and other media outlets.
Thank you, PR Coast Guard (we should and will always be thankful to you), and all the others involved. It is a good news and it is a good operation. But with all the due respect to you and others, the warriors in this never-ending, and becoming more and more important “War on Drugs“, let me try to address some general, conceptual issues and the strategies of this war.
This operation, although impressive, appears to be also a smokescreen, a drop in a bucket, a tip of the huge iceberg, preferred to be not-seen and ignored by the mainstream political elites of Puerto Rico: “out of sight, out of mind”. It also looks like a check-mark on the PR “Drug War” List, mostly for the FBI career advancements, long planned, hatched and developed by the local PR FBI (San Juan) branch (most likely under its previous leadership, among the others), whose colorful history and very questionable reputation I would love to study in details, and will.
Get to the bottom of this and ask yourselves the question:
Q.: What fuels the drug wars and its immeasurable, tragic, and many-faceted casualties?
A.: Prohibitions, of various sorts, kinds, and natures, very similar to the alcohol prohibition of 1920s. Learn its lessons.
Solutions:

Legalize drugs and treat the addictions as medical, not legal problems; not in prisons, but in the special therapeutic communities. And Puerto Rico can take a lead of this on the world stage.

Generally speaking, the solutions to the FBI’s many and disabling problems are two: Intelligence, of various kinds, types, and sorts (the excess of it never hurts), and Science, (which is a solution to almost everything), which should help with developing of the efficient strategies and the multitude of other issues. Essentially, these two directions are one and the same.
In Puerto Rico, where the physicians, as the professionals with the unique skills, were always valued in this quite practical and pragmatic society (“survival” was above all on this Island in the middle of nowhere), and where they produced quite a number of the prominent politicians, they can play more active roles in educating the public and developing the rational and healthy social policies which make sense.

The “Pain – Pleasure” principle and the closely related “Crime – Punishment” principle  (which are inherent in our “modern” thinking about the drugs and addictions to them) appear to be largely the products of the Abrahamic, specifically Western Judeo-Christian culture, strengthened, entangled, and complicated further by the historical Puritanical Protestant roots in law and ethics on this particular issue. The attitudes across the cultures to drugs and addictions vary significantly, from the Scandinavian countries to the Mediterranian, and from Spain to Russia.
With regard to “crime and punishment”, considering that the Island apparently was a penal colony for centuries, it might be tempting to reflect that Puerto Rico did not suffer from the lack of some “criminal genes“, and it shows; whatever politically or criminologically correct or incorrect it might sound.
History, just like the various customs and rules across cultures, reveals “more nuanced” attitudes to these issues also: Marcus Aurelius, for example, was heavily addicted to the opioids, and neither he nor his armies saw it particularly as the problem; not to say that it was not.
The benefits of drugs legalization are evident from some practical examples: In Portugal, where “Drug Use Is Treated As A Medical Issue, Not A Crime”, it was a “resounding success”. “Judging by every metric, decriminalization in Portugal has been a resounding success,” says Glenn Greenwald, an attorney, author and fluent Portuguese speaker, who conducted the research. “It has enabled the Portuguese government to manage and control the drug problem far better than virtually every other Western country does.”

The data shows that decriminalization does not result in increased drug use.

Since that is what concerns the public and policymakers most about decriminalization, he says, “that is the central concession that will transform the debate.”
In short, the problems of drugs deserve some free-thinking, creative, and well-informed attitudes. The resolution, at least partial, of the drug situation and the pressures of supply in PR, will, most importantly, relieve these pressures on the re-export of drugs to the mainland, and might serve as the model for the pilot studies and testing the new strategies in the many intertwined wars on drugs and the related problems, such as the hostile intelligence operations which use the “drug invasions” for their own ends, goals, and purposes.
Besides all that above, the ($35 Billion a year) drug addictions treatments industry, just like any other industry, generates jobs and revenues. It remains up to the economists and other specialists to explain and to demonstrate  the potential economic and economic-political benefits of drugs legalization and/or liberalization policies in Puerto Rico.

9:25 AM 3/13/2018 – M.N.: A smokescreen, a drop in a bucket, a tip of the huge iceberg, preferred to be not-seen, a check-mark on the PR “Drug War” List: US dismantles criminal network that imported cocaine from Colombia to Puerto Rico | Desmantelan red que importaba cocaína de Colombia a Puerto Rico – Noticias RCN 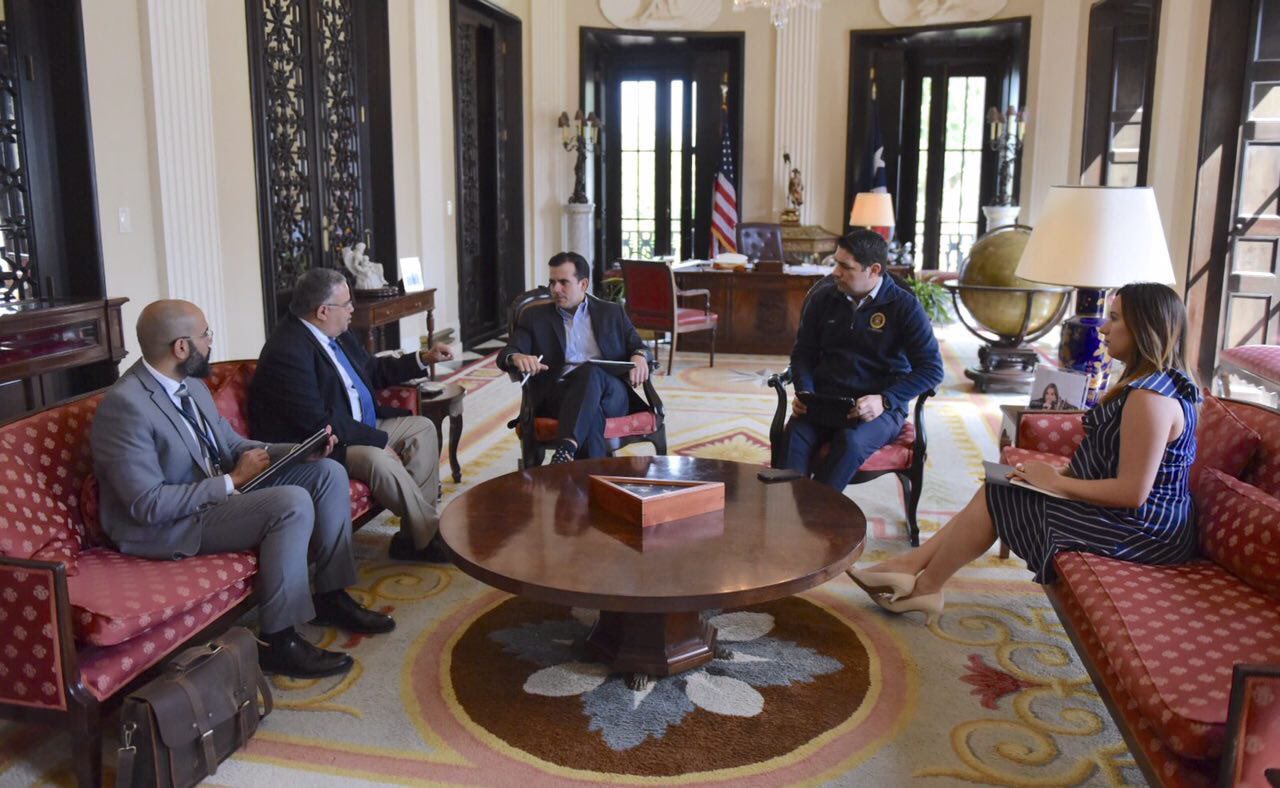 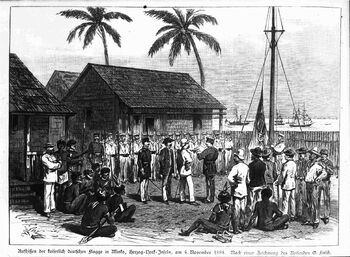 See also: penal colony – GS  |  Was Puerto Rico a penal colony? – GS:
The single most important route of convict transportation linked the Atlantic port of Cadiz, in southern Spain, to Havana in Cuba and San Juan in Puerto Rico, …

In Portugal, Drug Use Is Treated As A Medical Issue, Not A Crime – NPR

Apr 18, 2017 – So people came home from war with some [drug] habits,” says João Goulão, Portugal’s drug czar. … Starting in 2001, possession or use of any drug — even heroin — has been treated as a health issue, not a crime. … Portugal’s drug-induced death rate has plummeted to five times lower …

“It’s cheaper to treat people than to incarcerate them,”

says sociologist Nuno Capaz. “If I come across someone who wants my help, I’m in a much better position to provide it than a judge would ever be. Simple as that.”
Capaz’s team of 10 counselors handles all of Lisbon’s roughly 2,500 drug cases a year. It may sound like a lot, but it’s actually a 75 percent drop from the 1990s. Portugal’s drug-induced death rate has plummeted to five times lower than the European Union average.”

“For every person in Portugal who cannot escape addiction, there’s daily methadone, counseling and free treatment. A generation ago, these addicts were put in jail. Now they’re on the street.

But polls show the Portuguese — having lived through the ravages of a heroin epidemic — overwhelmingly support this policy.”

https://www.forbes.com/sites/…/inside-the-35-billion-addiction-treatment-industry/
Apr 27, 2015 – The National Council on Alcoholism and Drug Dependency estimates that over 23 million Americans (age 12 and older) are addicted to alcohol and other drugs. According to the SubstanceAbuse and Mental Health Services Administration (SAMHSA), just under 11% (2.5 million) received care at an …
___________________________

By MARIA MIRANDA SIERRA
mirandasanjuanstar@gmail.com
A federal grand jury in the District of Puerto Rico
returned a three-count indictment against three
defendants charged with conspiracy to possess
a controlled substance on board a vessel subject to
the jurisdiction of the United States, U.S. Attorney for
the District of Puerto Rico Rosa Emilia Rodríguez announced
Monday.
The defendants, Erix Manuel Rodríguez López,
Juan Carlos Castillo Vasquez and José Nicolas Auitian
Bohorquez, conspired to possess with intent to distribute
fi ve kilograms or more of a mixture or substance
containing a detectable amount of cocaine, a Schedule
II controlled substance, on board a vessel subject to
the jurisdiction of the United States.
On March 1, the crew of a patrolling U.S. Customs
and Border Protection (CBP) maritime patrol aircraft
from the Caribbean Air and Marine Branch (CAMB)
detected a suspicious 30-foot go-fast vessel with visible
packages on deck transiting without navigational
lights, some 50 nautical miles south of Ponce. The United
States Coast Guard (USCG) Cutter Horsley conducted
the interdiction of the suspicious boat. Upon
boarding the vessel, USCG found the defendants in
possession of 30 bales containing approximately 900
kilograms of cocaine. The three individuals were detained
by USCG and turned over to FBI agents from
the Caribbean Corridor Strike Force (CCSF) for processing,
along with the seized narcotics.
The interdiction was the result of ongoing, multiagency
federal law enforcement eff orts in support
of Operation Unifi ed Resolve, Operation Caribbean
Guard and the Caribbean Corridor Strike Force
(CCSF).
The FBI is in charge of the investigation along with
agents from the CCSF, with the collaboration of the
USCG, CBP Offi ce of Field Operations, CBP Air and
Marine Operations, CBP United States Border Patrol,
Homeland Security Investigations (HSI) and PR Joint
Forces of Rapid Action (FURA).
If convicted the defendants face a minimum sentence
of 10 years, and up to life in prison.
Special Assistant U.S. Attorney Sean Gajewski is
in charge of the prosecution of the case, under the supervision
of Assistant U.S. Attorney Julia Díaz Rex,
deputy chief of the International Narcotics Unit. 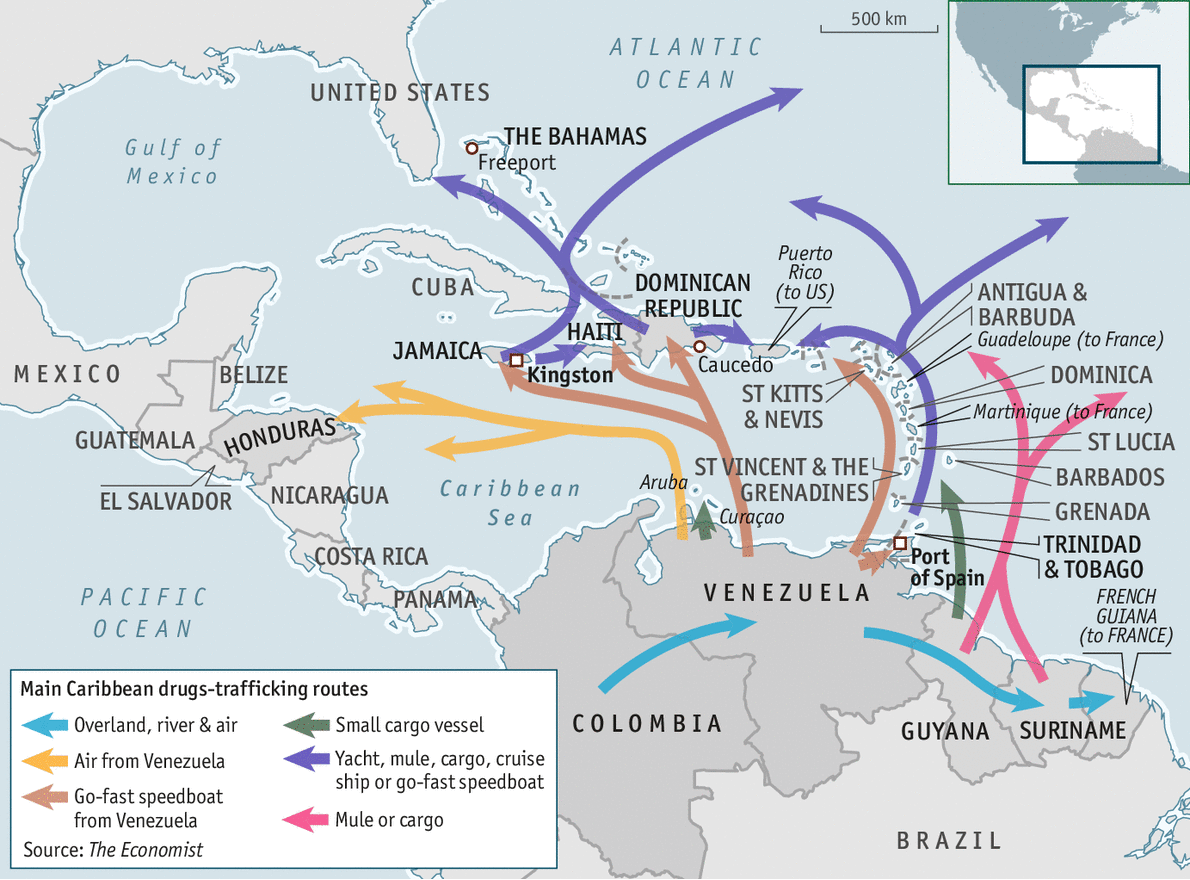 Voice of America–13 hours ago
U.S. and Colombian agents have broken up an international drug-trafficking ring and arrested 14 suspects for allegedly smuggling thousands of kilos of cocaine into Puerto Rico, U.S. officials say. The arrests over the last two weeks bring the total number of suspects detained in the long-term investigation to …
US agents arrest 14 in Puerto Rican drug trafficking investigation
International–Washington Times–20 hours ago

Norwalk Reflector–Mar 9, 2018
SAN JUAN, Puerto Rico —The Coast Guard announced Friday the apprehension of three suspected drug smugglers and seizure of 900 kilograms of … Colombian and Venezuelan nationals, apprehended in this case are now in the custody of federal law enforcement authorities in Puerto Rico, where they …

They Say They Have Found the Submarine that Pablo Escobar …

Maritime Herald–Feb 23, 2018
The trafficker used submarines to transport cocaine from Colombia to Puerto Rico, from where he left for Miami in small boats. The discovery of the submarine was thanks to the data that one of the inhabitants of the zone offered to these two agents. The Discovery channel has followed this search and a …
Read the whole story
· ·
_____________________________________

The North American authorities captured 14 people, who were accused of possessing, manufacturing and distributing illicit substances to that country.

The North American authorities captured 14 people, who were accused of possessing, manufacturing and distributing illicit substances to that country.

From Colombia to Puerto Rico: they arrest cocaine drug traffickers

They produced the drug in the jungle and transported it to the island by boat.

From Colombia to Puerto Rico: they arrest cocaine drug traffickers

They produced the drug in the jungle and transported it to the island by boat.

An agreement with Colombia allowed the arrest of 15 people who are attributed the distribution of multiple kilograms of cocaine through Venezuela, said Monday the federal prosecutor, Rosa Emilia Rodriguez Velez.

He explained that in Venezuela they used fishing vessels that in turn dragged dinghies, which individuals on the high seas exchanged for bringing to Puerto Rico.

The footprint of Pablo Escobar: this is how the Hacienda Nápoles looks today 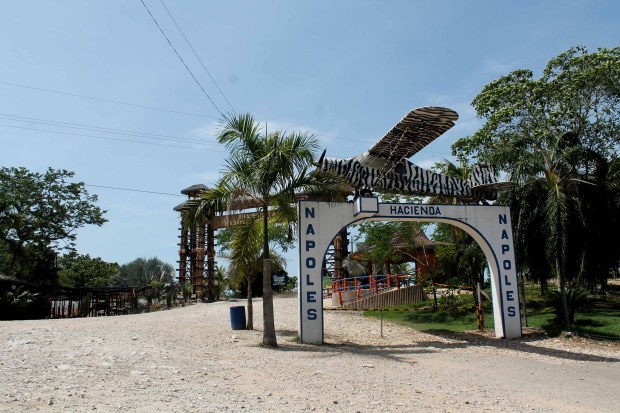 According to the accusation, August-Pacheco directly controlled from Puerto Rico with subjects in Colombia and Venezuela the movement of drug smuggling. The other individuals in this indictment received the cocaine on the high seas and moved it in small boats to Puerto Rico.