STOLYPIN: Corruption steals back into the Russian political agenda as Mishustin and Krasnov target the institutional profiteers 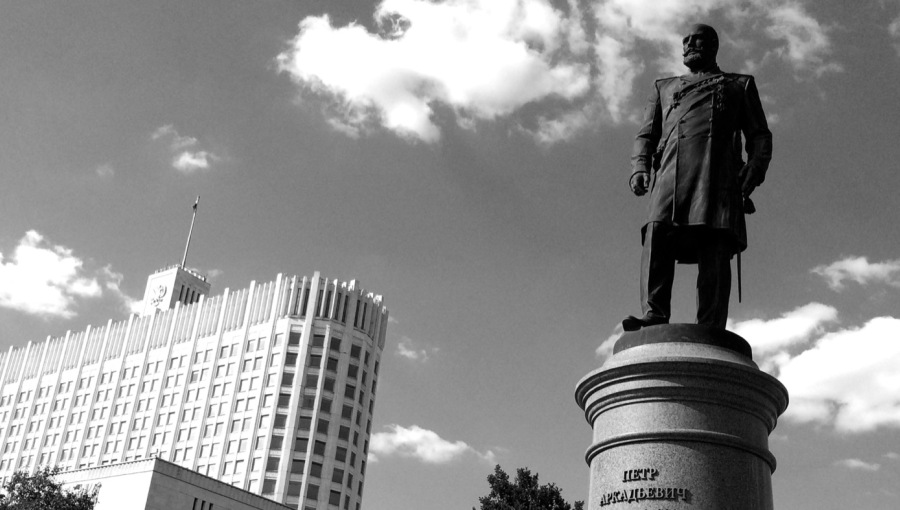 The Russian state is cracking down on corruption but it remains a huge problem
AddThis Sharing Buttons
Share to FacebookShare to TwitterShare to LinkedInShare to Email
By Mark Galeotti director of the consultancy Mayak Intelligence and also an honorary professor at UCL School of Slavonic & East European Studies
December 11, 2020

General Prosecutor Igor Krasnov has been busy. On 9 December, he chaired a conclave of the heads of law enforcement agencies on the implementation of the National Anti-Corruption Plan for 2018-2020. He tempered the usual self-congratulatory rhetoric with an admission that much still needed to be done and presented a shopping list of necessary measures, from greater powers to confiscate the property of corrupt officials, not least that have been moved abroad, and to target profiteering within state structures.

The day before, he had given a set-piece interview in Rossiiskaya Gazeta, the government newspaper emerging as the Pravda of late Putinism, the place to find Kremlin policy encoded between the lines. He again highlighted kick-backs in state procurement as an area that needed serious attention, something that chimes with a whole series of recent incidents and initiatives being pushed by Prime Minister Mikhail Mishustin.

Whereas Mishustin’s predecessor Dmitry Medvedev had an at-best awkward relationship with former General Prosecutor Yuri Chaika, the Mishustin-Krasnov partnership may prove more productive. And that could mean serious progress addressing corruption – albeit up to a point.

Krasnov’s appointment at the start of 2020 was an interesting move. Chaika had served in the post for fourteen years in which progress in addressing corruption was often tempered by the enthusiastic prosecution of political cases. Furthermore, there was a steady stream of rumours about his and his family’s improprieties (not least in one of Alexei Navalny’s investigative blockbusters). In part as a result, many even within the Procuracy had little time for him – the first time I head Pussy Riot’s own contribution to Chaika’s legend, it is worth noting, was because a staffer at the University of the Prosecutor’s Office of the Russian Federation sent me a link.

Krasnov is a rather different figure, with a rather different reputation. In his career, he has been involved in a number of high-profile cases, including investigating the ultra-nationalist BORN group and corruption at the Vostochny cosmodrome, which cost the state billions of rubles. He is known as an extremely able investigator who actually investigates, and follows the evidence wherever it leads. This helps explain why he was the initial lead on the assassination of Boris Nemtsov in 2015, which was a genuine shock to the Kremlin, and also why – as soon as the Chechen connection became evident – he was replaced with another investigator considered more politically amenable.

His position ought not to be caricatured – Krasnov has built a career within a deeply compromised legal-political system and he is not a rebel looking to bring the system down, but he also appears genuinely committed to doing what he can within that system’s constraints. He has, for example, dutifully recognised Vladimir Putin’s current pseudo-historical mission to sanctify a certain mythologised take on the Soviet victory in the Great Patriotic War and proposed further criminalisation of questioning the genocide of the peoples of the USSR. He does what he must.

Russia is a kleptocracy, but it is not just a kleptocracy, and the challenge and also the progress is to be found in the nuance. It is useful to think of corruption at three levels.

There is the predatory street-level bribe-taking or rather bribe-demanding, which used to be such a feature of Soviet life and continued well into post-Soviet times. While not altogether gone – it resurfaces in times of hardship and also is experienced disproportionately by marginal and vulnerable communities such as migrant workers – it is vastly less of an issue now. The days when GAI traffic police would routinely pull over drivers for a quick shake-down, or in which access to state medical care might depend on an under-the-counter payment, are largely gone. In part this reflects better training and salaries for relevant officials, in part greater control, especially with the shift of many services to online platforms, and in part a greater public awareness that this is not right.

At the other end of the spectrum is the industrial-scale kleptocracy of oligarchs, big business and senior officials: Putin’s cronies, and their allies and cronies in turn. Individuals may sometimes be kicked out of this exclusive club and face prosecution. In his interview, Krasnov noted ex-minister Mikhail Abyzov and former head of Mari El Leonid Markelov, but his claim that “the myth about the inaccessibility of high-ranking officials at the federal and regional levels involved in corruption has been destroyed. Bringing them to criminal responsibility is far from uncommon,” is ingenuous, but also ritually necessary.

The biggest beasts in the system remain untouchable, and when lesser kleptocrats are bought to justice, it is because they have already fallen from political grace. Even Mishustin’s efforts at reform have not touched this stratum. The controversial Anatoly Chubais may have lost his position as head of Rusnano, but was given the new position of ‘Special Representative to the President of the Russian Federation for Relations with International Organisations to achieve Sustainable Development Goals’ not only presumably to set a new record in the lengths of official titles but also to suggest he remains off-limits.

Then there is the middle level, the institutional corruption embodied not so much in envelopes of cash, nor in the wholesale theft of companies and industries, but in padded contracts handed between friends, in sweetheart deals, and in over-price invoices signed off for a consideration.

A recent hike in higher-rate income tax is expected to bring in an extra RUB60bn ($820mn). According to Krasnov, the cost of this kind of corruption in the national economy in the first nine months of 2020 was RUB45bn – which, pro-rata over twelve months, comes to the same RUB60bn. This is a big deal, and it is this world of institutional profiteering that seems to be in both Krasnov and Mishustin’s sights.

Although coronavirus (COVID-19) clearly has pushed him a little off track, Mishustin’s core mission is clearly to bring the kind of efficiency he brought to the Federal Tax Service (FNS) to the rest of the government – and in the process drive forward the National Projects that Putin considers key legacies.

At the Federal Tax Service (FNS), Mishustin combined administrative reorganisation, a healthy dose of ‘techno-authoritarianism’ and also a crackdown not only on many of the scams and loopholes individuals and businesses used to evade tax, but also those of corrupt officials within the service.

There certainly has been a measure of reorganisation. He has a cabinet reshuffled to more closely match his interests and needs, and perhaps more directly important, there has been a major reform of Russia’s 40 development institutions such as Rusnano and the Russian Venture Company. Some of these have been quite effective, but others have been notorious for their wastefulness and corruption, and even the more successful ones were too often used as slush funds to support prestige projects, bail out court favourites and otherwise spend money on anything but their actual development mission. It remains to be seen whether the changes will manage to alter this, as in part that depends on greater self-control by the government, but it is a worthwhile first step.

Russia’s established commitment to ‘techno-authoritarianism’ is also unchanged – although it is, in fairness, the flipside to a very successful campaign to move on to efficient and accessible online platforms such as the Gososlugi public service portal. Artificial intelligence-based systems are being rolled out to do everything from monitoring progress on the National Projects to collating police evidence.

Institutional change, and even fancy ‘techno-authoritarianism,’ is still hostage to the human factor. Individuals still have the capacity to cheat, lie, bribe, con, connive and backslide their ways around any such reforms, given the opportunity. And this may be where Krasnov comes in.

Bit by bit, Krasnov has been shaking up the Procuracy, in part to bring in his own allies, but also to purge some of the more notoriously corrupt or inefficient officials. Meanwhile, he has identified the struggle against kick-backs as a priority and wants civil servants convicted on corruption charges – including accepting a bribe of less than RUB10,000, currently considered a petty offence and which may leave them with no lasting criminal record – to be barred from re-employment with the government.

It doesn’t necessarily mean that Mishustin has instructed Krasnov with this role – there is no evidence he needed a push. Rather, the prime minister’s drive for administrative efficiency, as well as the political realities which keep the kleptocrats safe from prosecution, means that there is an inevitable coincidence of interests in going after the middle-level institutional profiteers.