Tilray and Aphria are combining to form the largest cannabis company in the world. The combination will result in a C$4.8 billion entity that has C$874 million in trailing twelve month sales.

The new company is going to keep Tilray’s name and stock ticker. Aphria shareholders will own 62% of Tilray stock according to the terms of the deal, Bloomberg says. The deal is being characterized as a “reverse acquisition of Tilray” and Aphria will pay a 23% premium for Tilray.

Despite Tilray getting a 25% bump on the news in pre-market trading on Wednesday, the company is trading roughly 96% lower than its highs from early 2018.

Aphria Chief Executive Officer Irwin Simon will head up the new company. He stated: “I realized that Aphria needed to expand out of Canada, and merging with Tilray was a great answer because it’s a U.S.-domiciled business with great international assets.”

Tilray CEO Brendan Kennedy said: “We felt with this deal, we could not only win in Canada, but win in Europe.” Kennedy will become a board member of the new company, which will sell products across Canada and “be well positioned to pursue growth opportunities”

Analysts at Bloomberg Intelligence said that the deal “would offer several benefits,” including “expanded reach into international medical cannabis markets.”

Simon said: “The combined company is expected to have a strong, flexible balance sheet, cash balance and access to capital giving it the ability to accelerate growth and deliver attractive returns for stockholders.”

In addition to marijuana, the companies will also combine their beverage assets. Tilray is a current partner of Anheuser-Busch InBev and Aphria has recently acquired Sweetwater Brewing Company. 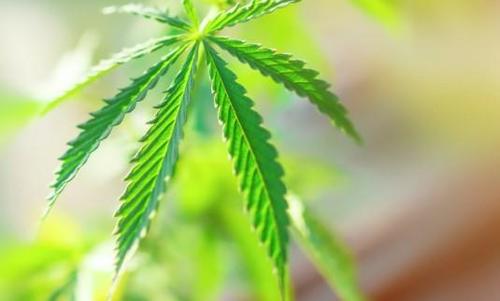 But most importantly, the deal is likely a harbinger of things to come in the cannabis sector, which caught another tailwind this November after states like New Jersey continued to make it legal across the U.S. Three other states also legalized marijuana since then.

New Jersey authorized the legal use of recreational marijuana on election day after what the NY Times called “years of legislative failures” to do so. Supporters of the bill pointed to the disproportionate number of arrests occurring in minority communities as a result of marijuana.

The initiative passed by a “wide margin” and the next step now becomes state officials starting a “potentially lengthy” process of establishing rules around issuing cannabis licenses. The vote is also expected to pressure surrounding states like New York and Pennsylvania to follow suit.