WHO unveils team of 10 scientists to trace Covid-19 origins
The international team of experts includes England’s former deputy chief medical officer John Watson, who was in the role from 2013 to 2017 under David Cameron and then Theresa May.
dailymail.co.uk

The World Health Organization (WHO) has named the 10 scientists it is sending to coronavirus ground zero Wuhan to probe the origins of the disease.

Experts still don’t know how Sars-Cov-2 – the virus that causes Covid-19 – jumped to humans in the city in Hubei province last year, or which animal it originated in.

The WHO has assembled an international team of leading virus hunters, public health experts and zoologists to address those burning questions.

Included in the line up is England’s former deputy chief medical officer John Watson, who was in the role from 2013 to 2017 under David Cameron and Theresa May governments.

But the UN agency has tried to temper expectations about getting an answer any time soon, warning that tracking any new pathogen is a ‘riddle that can take years to solve’.

It took more than a year for scientists to prove MERS, another coronavirus, originated in camels in Saudi Arabia,  and even longer to trace the original SARS back to bats in a cave in southern China.

One of the key places of interest is the controversial Huanan Seafood Wholesale Market, where animals dead and alive were kept dangerously close to one another in cramped cages.

The market, where animals were slaughtered on order, has been touted as the original epicentre of the disease. The team of scientists will attempt to trace which animals may have carried the virus and where they came from.

Another major point of interest is the Wuhan Virology Institute, a high security biochemical laboratory in the heart of the city.

The World Health Organization (WHO) has named the 10 scientists it is sending to coronavirus ground zero Wuhan to probe the origins of the disease. One of the main points of interest is the Huanan Seafood Wholesales Market (pictured)

Skinned chicks at the market, where live animals were kept in cramped caged and could be slaughtered on order

There has been global suspicion the crisis had its origins in the institute after intelligence officials in the US and UK raised the alarm about the laboratory’s work on bats – though the theories have never been proven.

Beijing gave the WHO its blessing last month to send over the 10-man team of experts early next year after conducting a preliminary ‘scouting mission’ in China over summer, though that team didn’t visit Wuhan.

The WHO panel includes experts from the UK, US, Australia, Denmark, the Netherlands, Japan, Qatar, Germany, Vietnam and Russia.

Dr Mike Ryan, head of the WHO emergencies programme, said the team met their Chinese counterparts over Zoom on October 30, with regular calls ever since.

‘We fully expect and have reassurances from our Chinese Government colleagues that the trip… will be facilitated as soon as possible in order that the international community can be reassured of the quality of the science,’ Dr Ryan told The Telegraph.

‘We need to start where we found the first cases – and that is in Wuhan in China – and then we need to follow the evidence after that wherever that leads,’ he added.

‘We fully expect and have reassurances from our Chinese Government colleagues that the trip… will be facilitated as soon as possible in order that the international community can be reassured of the quality of the science.’

Scientists believe that Covid-19 originated in bats and then jumped to another animal which acted as an intermediate host before making the leap into the human population.

The recent outbreak of a mutated strain of Covid-19 found in mink has proven that small mammals are carriers of the disease.

And experts believe this may have been the case in Wuhan, possibly from animals that share caves with bats in southern China or in Laos or Vietnam, across the border.

Pangolins were touted as the possible intermediate host early in the crisis. But a study published this week all but ruled this theory out after researchers testing the anteater in southeast Asia found none tested positive for the virus.

WHO ARE THE 10 SCIENTISTS THAT ARE BEING SENT TO WUHAN? 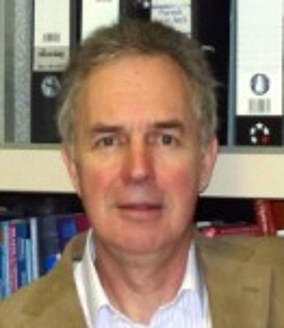 Zoologist and president of the New York-based group, the EcoHealth Alliance

From the Animal and Human Health Program at the International Livestock Research Institute, based in Vietnam

Virologist and based at Westmead Hospital in Sydney

Epidemiologist at the Pasteur Institute in Russia